Born in Fort Worth and raised in the ranch country of West Texas, Seth James has fashioned his own brand of music from a list of influences as diverse as it is long. Stemming from a tall family tree of musicians, Seth’s grandfather was a honky tonk piano player from the Texas clubs of the 40’s and 50’s, while his father carried his gold sparkle Slingerland drums all over the great Lone Star State. There is no doubt the romantic stories of the road played a pivotal role in Seth’s decision to make a career out of his passion.

Seth’s father gave him his first guitar, a Gibson Southern Jumbo, along with a short lesson on how to play “Sultans Of Swing” by Dire Straits. After that day, Seth taught himself how to play by listening to Lighting Hopkins, Freddie King, and Credence Clearwater Revival. In 1996 Seth got his hands on his first Fender Stratocaster and discovered the raw power of the electric guitar.

Seth’s music has carried him from Acuna, Mexico to Guantanamo Bay, Cuba and everywhere in between. He has shared the stage with a various array of artist such as Percy Sledge, Little Feat, Delbert McClinton, and Billy Joe Shaver. Seth released three albums as a solo artist including 2009’s critically acclaimed That Kind of Man before forming The Departed with long time friend, Cody Canada in 2010. After three years and two albums, Seth decided step down as a band member of The Departed and return to his primary passion of playing the blues.

With a fresh set of tunes and a great group of musicians, James continues to play for sold out rooms and has plans for a new album for he and the band, as well as another with his beautiful wife, Jessica Murray Walker. 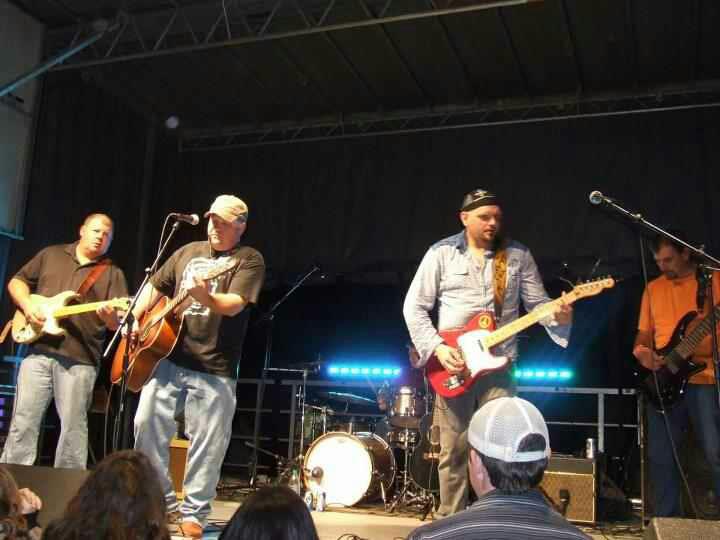 The band was formed in 2000 by Burnett and Hembree. St. Clair joined soon after, and Jowers and Janes became members in 2004. Under the Influence has a unique sound ranging from country to blues to rock n roll. Their influences include, but not limited to: Merle Haggard, Lynyrd Skynyrd, Cross Canadian Ragweed, Stevie Ray Vaughn, Willie Nelson, John Lennon, and Superman.They are all from Seymour, Texas except guitaritst Jeremy Jowers who is from Quanah.

Although there are several versions on how the band got it’s name Burnett said the most likely reason is back when they were playing all covers, they needed to come up with a name for the paper fast and they were learning a song off of Alan Jacksons album Under the Influence.

Sorry, the comment form is closed at this time.