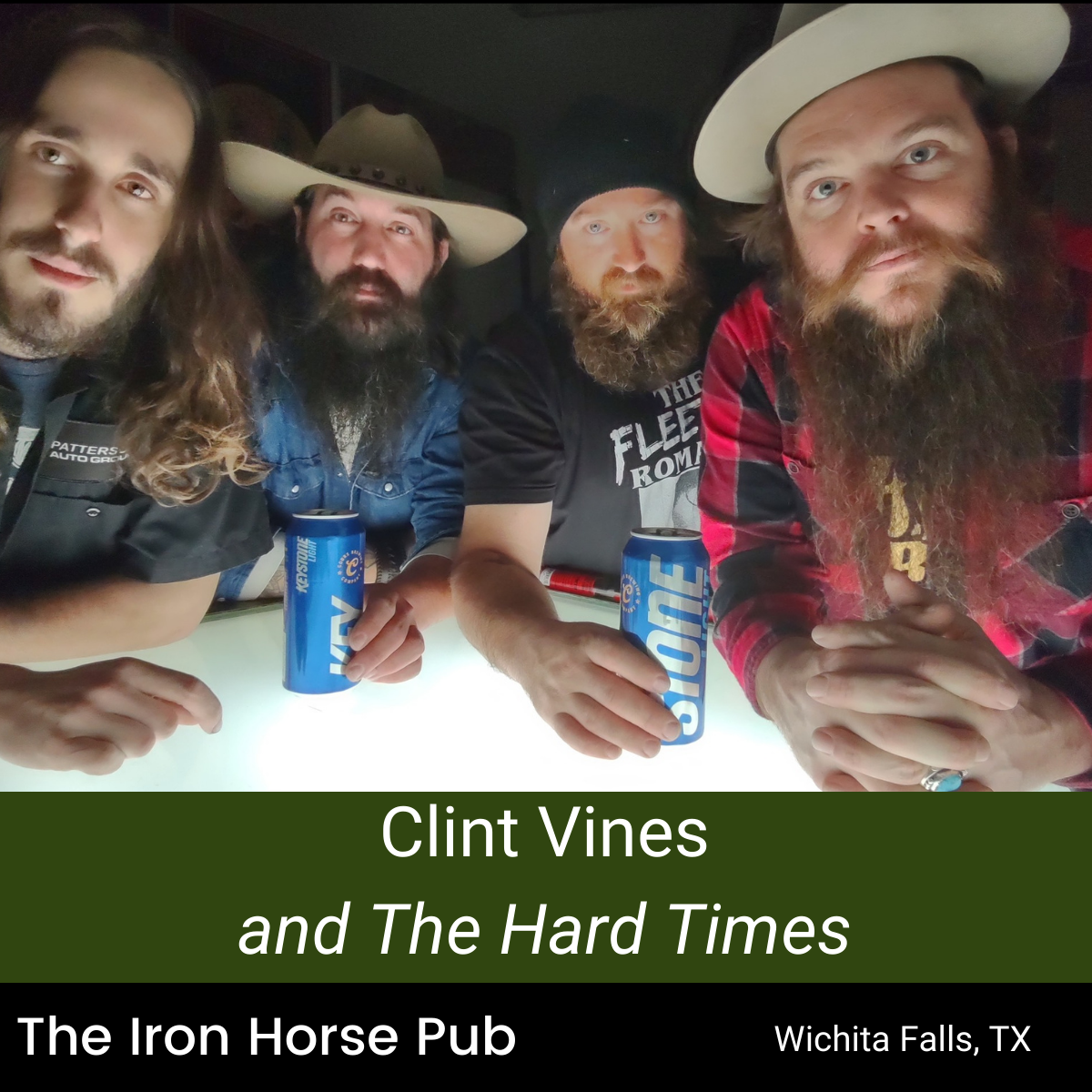 Americana. Texas Country. Blues. Bluegrass. Rock’n’roll. These men manage to roll ’em all up into one badass, head bobbin’ sound that you want to catch every single time they’re on stage. 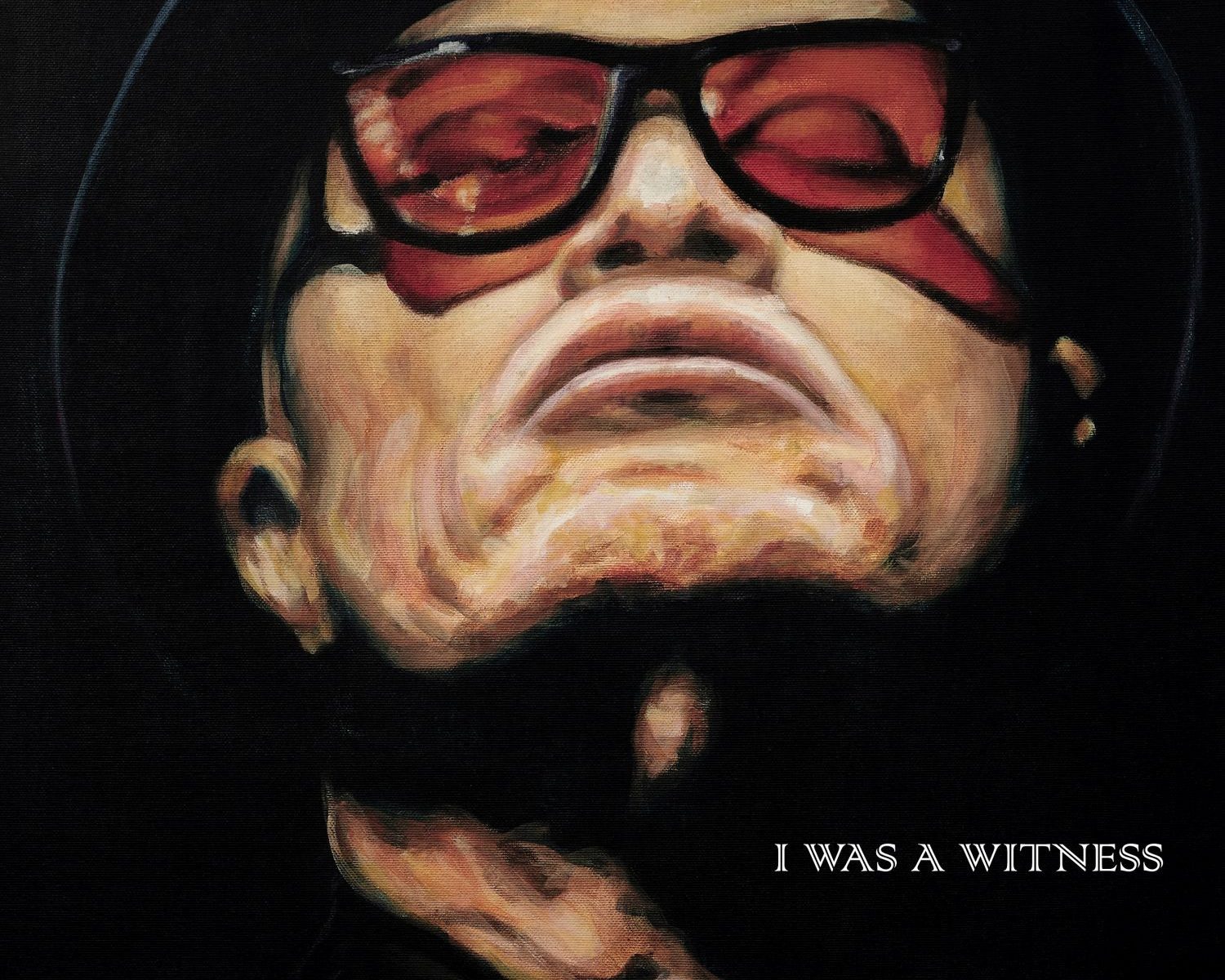 Named “Austin Chronicle’s” Best Male Vocalist of the Decade in 2000, Malford Milligan’s relationship with the Iron Horse Pub began over 20 years ago with his pub debut with the Boneshakers. In the years since, the relationship has deepened and he has become a staple performer at North Texas’ premiere live music venue.

“The Pub? I love that place,” he said. “We walked in and didn’t expect anyone there and that place was packed. It was one of the best funk bands I’ve ever been in: funk/ rock/ blues band. It just destroyed. It was great.”

The Boneshakers later played a St. Patrick’s Day show across the street from the Pub, and it just rocked, he said. “We played in Lubbock the night before that and drove all night long. We covered  over 200 miles after 3am for that gig that (IHP owners) Danny (Ahern) and John (Dickinson) turned us onto- and it actually paid for the tour.”

When asked about Malford’s relationship with the establishment, Pub Co- owner John DIckinson said, “He’s one of the great ones, you know. Malford is special to us. We maintain a lot of relationships with some really great artists. With Malford, it’s something more, he’s truly become a great friend.”

“Yeah,” Daniel Ahern chimed in. “We just hit 21 years in business. We’ve had thousands of acts come through here. Malford is special. Don’t tell him, though… I don’t want it going to his head or anything.”, he said with a wink. 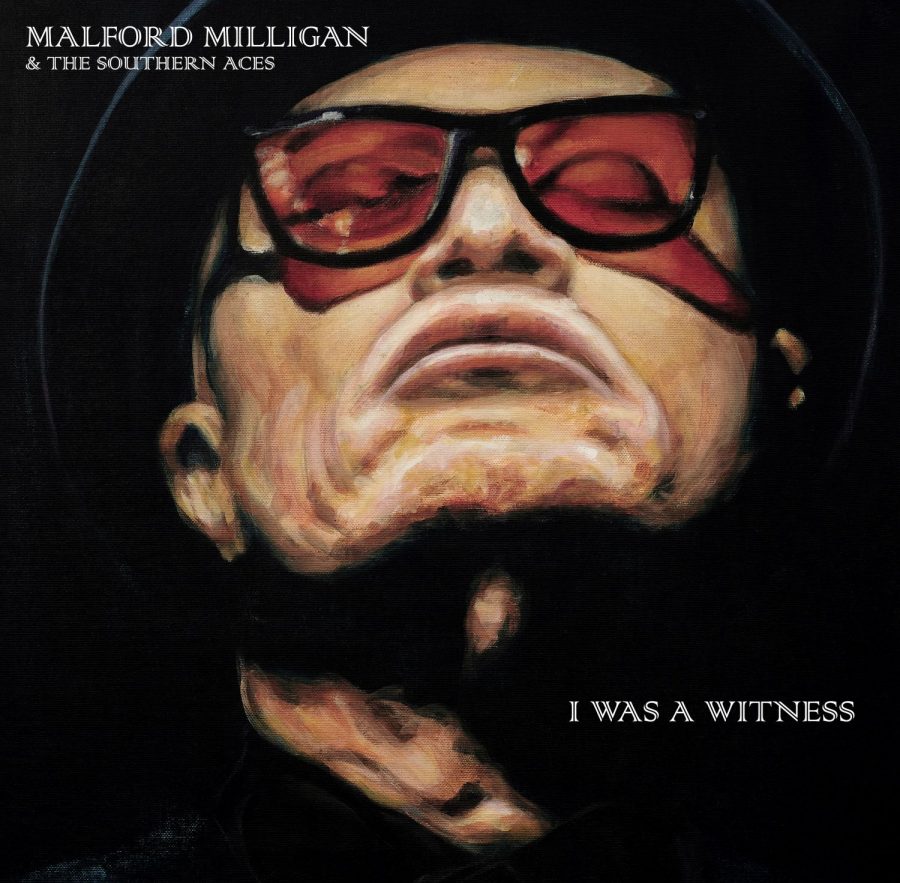 Milligan just played a 21st Iron Horse Pub Birthday show (celebrated alongside Ahern’s birthday) on Friday, September 3, before he left for the Netherlands on Monday, September 7 to begin a new tour. His band Malford Milligan & the Southern Aces (Dutch musicians) have gigs scheduled from the end of September to July. The group is actually doing two tours in the Netherlands. One is a package tour for Dutch radio/tv personality Johan Derkson’s Sound of Blues & Americana shows, where Milligan will perform classics like Otis Redding and tunes from his new LP, “I was a Witness.”

The other tour will also be with the Southern Aces, but he will specifically focus on “I Was a Witness,” which will be released on September 24. Earlier singles from the record, “Freedom Ain’t Free” and “Take a Knee,” can now be heard on Spotify.

His new record’s CD, black vinyl LP and ltd. ed. see-through red vinyl LP can be ordered from Suburban Records in Holland (www.suburban.nl). People can also buy the album as a download on malfordmilliganmusic.com and on iTunes.

Milligan said he’s been playing at the IHP at least once a year for the past 20 years with any number of bands. “I’ve played larger shows outdoors and also shows inside the Pub. One of my favorite shows was when I had my band and Stephen Bruton had his band, and we played the 4th of July at Sheppard Air Force Base. One of my most vivid memories was him and I watching the fireworks go off together with a friend I had known and loved for years. We were like two kids – it was so magical.”

Another memorable show he played with Bruton inside the Pub was in 2008 when they were joined by legendary area guitarist, Mike O Neill.

“I love the stage at the Pub,” Milligan said, but it’s more than that. “I like to hang at the Pub – it’s not just the music. What makes clubs great for musicians is the music and the staff (which are great there) but it’s also the hang. It’s like Antone’s: when I played, it was a great hang afterwards, or the Saxon Pub (Both are legendary Austin spots). “They’re a great hang, and it’s the same way at Iron Horse.”

“I come in and hear these older guys – my age – talking about this and that and who got the virus and who got the shot. We’re drinking. The hang is really great and you hear some great stories,” he said.

That includes the Pub’s “Table of Knowledge” regulars and the fans who come for the music and the atmosphere afterwards.

Milligan also turns out to be a huge karaoke fan.

“Lord knows, if I have been drinking it’s going to be karaoke night and it’s going to be on,“ he said with a laugh. “I haven’t gotten around as much since Covid. I keep it to certain places. In the past, I would see everyone I could. One of his favorite spots is Dusty’s Karaoke Party at the IHP.
Milligan will sing anything, from “Jumping Jack Flash” to “Sitting on the Dock of the Bay.” “I love karaoke. I love drinking and to sing karaoke. More importantly, I like watching people do it. I see so many good ones, but I like to root for the bad singers. Singing is so hard to do in front of people. When people are really bad, I am really rooting for them.”

Other bands Milligan has played with locally at the Pub include Deep in It, from the summer of 2018 to June 2019 including the 2019 Cajun Fest. He played with them up until he left for Holland in Fall 2019. “Deep in It has since disbanded. They were a fun great people. What I liked more than anything else was it was a band that included a father and a son (Brian Beck and Robert Duncan). It’s the same thing with the local band I’m currently playing with, including Dusty Potter and his son, Logan.

When asked about it, Dusty said, “Oh, yeah, it’s really cool getting to play some shows with your dad. That is a special memory. But I think Malf is kind of burying the lead here. It’s probably a bigger deal to be 17 years old, playing on the stage at the pub with Malford Milligan, and taking solos when he points at you. I think that just might be a bigger deal.”

Milligan moved to Wichita Falls in December 2018, and was on tour in Holland for “Life Will Humble You” from Fall 2019 to March 2020, when the tour was shut down because of Covid. He was finally able to return to town in March 2021, after his wife got her Pfizer shots (and he then got his). Before life in Wichita Falls, he lived in Austin for 32 years. “I love Wichita Falls, and I liked it every time I came here to visit. It has quality folks and all the people I need.”

Milligan will return to Holland with his wife Monday to begin his next tour, and she will return to the US in a month. He hopes to come back to Wichita Falls in March for a short vacation when he will also play a show at the Pub.

Milligan will continue to write music on tour. He said that after the 2020 tour got shut down in March, he began writing songs by singing into an iPad. “I’d read and see about what was going on in my country like George Floyd, Black Lives Matter and Take a Knee. It got so politicized, the news took the humanity out of all it, no matter what side you were on. What I figured out was that when I sang from my heart, they could understand where I was coming from.”

Milligan said he would take a nip of whisky, think about what he was feeling and just started singing. The chorus came first and he then put lyrics around it. “I dove into myself to get it out. It’s about me and my experience. Usually, I write about generalities. This album is very specific. This is what it is.”

Milligan loves playing with his Dutch band, Southern Aces. “They’re fantastic,” he said. “They encouraged me to do this new album. I was writing the album acapella and they were putting music to it. Milligan co wrote 10 of the 12 songs. “For each song, I sang into my iPad and then send it off to a member of the band who put chords to it. They made it work.

“The songs on ‘I Was a Witness’ are so truthful, and it’s so autobiographical. It’s just me telling what’s on my mind.” 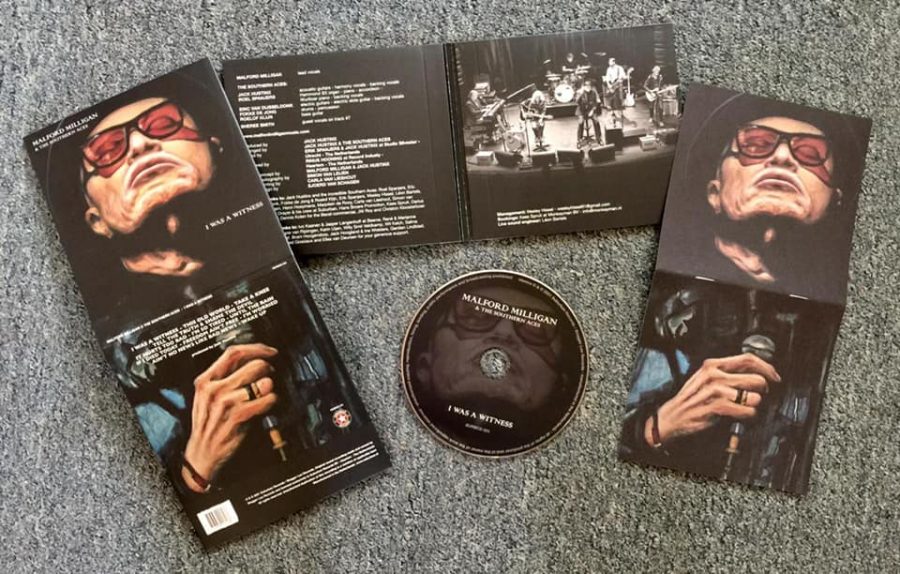 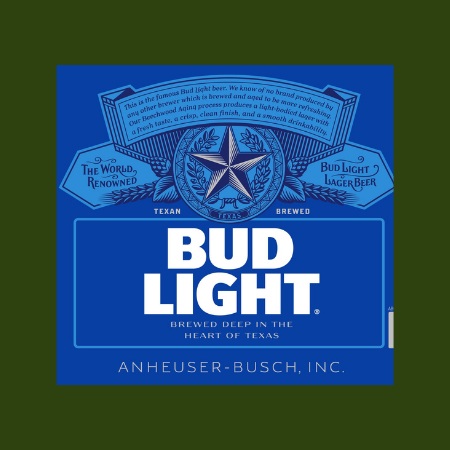 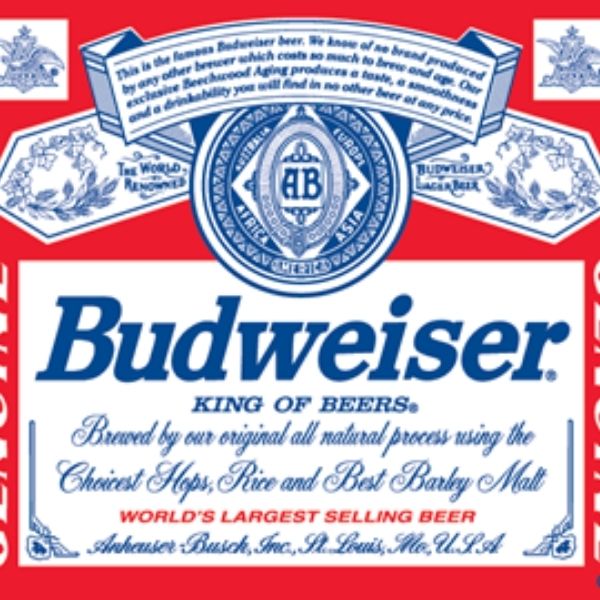 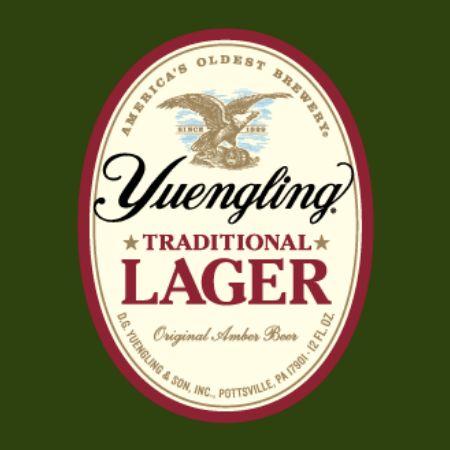 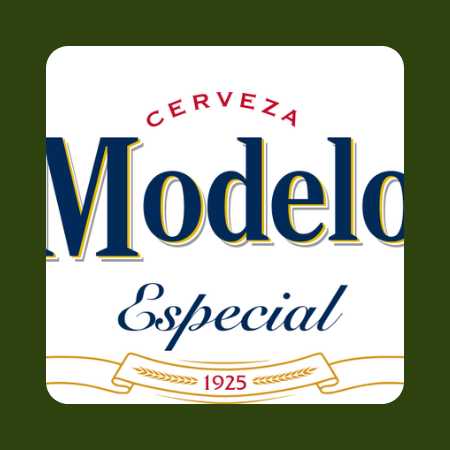 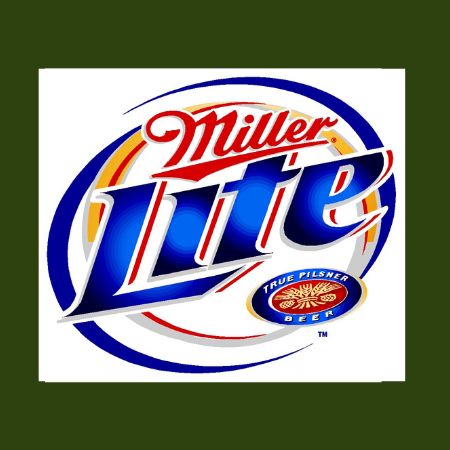 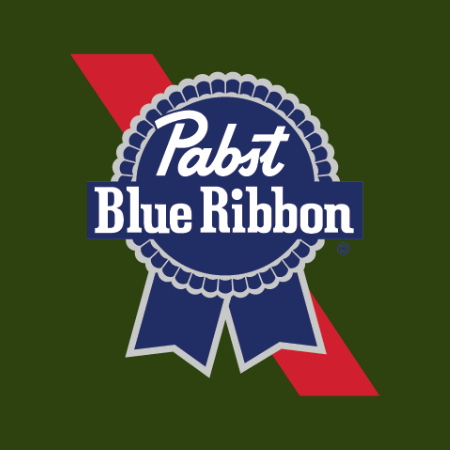